Due to some teething problems at Diabetes1.org - where I still try to blog and post in forums from time to time - I'm slowly moving some of my "better" blogs (hey - they're all works of art to me <lol>) to Blogger - to ensure that we/I can still read them (a lot of research/work goes into my blogs I type out).  This one - about diabetic mastopathy is often one that is asked about when I talk about my Dolly Partons - aka silicone implant that even today - still feels a bit weird - but I've grow \ to love it.   Please note, there are some good comments at the original blog at this link (hopefully it will work for you, I have good days, bad days at the site).

Read on - and hopefully my words make sense - if not - don't be shy - ask - or maybe share your own experiences with diabetes mastopathy - you're not alone.

Back in my early 30's I experienced some problems with my left breast - and of course - the first reaction was "breast cancer".   I was immediately seen by a breast surgeon to determine why my breast tissue was sinking in - along with the lumps (like many women - I have very dense breast tissue).  Needle biopsies were useless due to the hardness of the lump - so over the next 5 years - I underwent many slice ‘n dice procedures as more growths appeared - drainage tubing - core biopsies, yadda, yadda, yadda.   I was a medical oddity - making medical journalist documents to the point where I was willing to go to a Miami medical conference and stand naked up on the stage for someone to say - " Ah ha - we know what it is !!! ").

In the end, because I am a gal who likes to be informed about my health - I hit the needle in the haystack - and came across a few articles on a condition known as diabetic mastopathy .  Yes, I the patient figured it out, but the sad thing is, in every article I came across - they said to " leave the lump alone it'll resolve itself after menopause and do not operate as this can lead to more growths! ".  When I told my surgeon what I had discovered - he was very baffled by it all - and I became abit of a celebrity in the medical community due to the way my healthy breast tissue had been eaten away to basically the point of nothing.  I wore silicone prosthesis for many years - which became abit of a party hit - when I'd take it out of my bra - and slam it on someone's forehead - sort of like the neural parasite from the Star Trek episode of Operation Annihilate.

So, advance many years later - about 4 years ago - what has become of the breast at that time is now a  lump - like a piece of wood  - hard - uncomfortable - sometimes painful when my cat would walk across my chest at night time to cuddle.  The recourse at this point in time - due to now a new group of surgeons wanting to slice ‘n dice me - is because of not knowing if this could become cancer over time - and they had nothing to compare me to - was to go ahead with a subcutaneous mastectomy (removal of the breast tissue inside - leave skin intact on outside).  Three days recovery in a hospital (have I ever told you I hate hospitals?) - I was CURED - thump with the bible on my forehead!!!

I'm still getting used to having a "Dolly Parton" again - have abit of scarring problems due to all the surgeries (had to have implant removed and replaced due to wrong size few years ago) - but I'm doing alright.  Because many mastectomy survivors have to keep there arms immobile for awhile - I did develop frozen shoulder -  not annoying enough to cause movement problem - but needs abit of work.  Of course, we diabetics are known for this condition - what isn't with long term diabetes ?  So, I've got a physiotherapist coming by my house for the next little while - showing me the correct techniques to massage the breast due to the scarring and tightening of muscles (very strange - when you have no feelings) - as well as sorting out the frozen shoulder.  The funny thing about the physiotherpapist who works with many breast cancer survivors - has never heard of this condition of the breast - and she knew very little about diabetes - so I educated her about diabetes while she did her magic work on me.  So, one more person out there that now knows that diabetes is a serious disease despite what they see of us on the outside (I told her that diabetics blood sugar when high is like battery acid on an engine - eats away at the good stuff - abit scary to hear - but it's true when you think about it).

So, look out world - I'll soon be back to slinging over the shoulder boulders at you - as I take on the world with my Dolly Partons!!!  Just remember - diabetic or not - always do your monthly self breast examinations - and get a mammogram done at least every 2 years - or as recommended by your medical team that helps with your mission of good health! 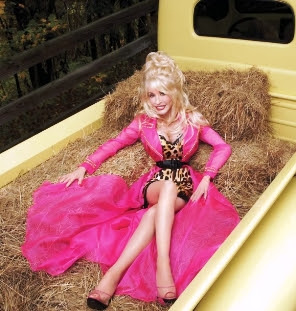 Note - This blog was originally posted on August 19th, 2009 at Diabetes1.org - they own my work that I've written over the years for them.

UPDATE - Check out Ann Bartlett's article at Health Central on Living with and Managing Diabetic Mastopathy posted March 09, 2015
Posted by FatCatAnna at 3:09 PM