Wow, I can't believe how long it is since I've had time to sit down and compose a blog.

The last one I wrote was in the summer, dealing with my husband's motorcycle accident (his ribs and face are all healed).  Along with other issues, like work, still sorting out from house move, took me away from my usual bit of fun with composing a blog filled with fun links to click that are both educational and entertaining.

And along with this, I'm trying to get into the New Years resolution crap  links that I'm working on for one of my contracts I do.  Resolutions have never been a big thing with me, but  I decided to take one of the ones I gave to them, which probably will not be chosen and just go ahead with it on my own (because I think this is a really good)!  I've been abit down and out, so anything to help get more motivated to being active,  Does running up and down the stairs of our house REALLY count as activity because my menopausal brain has leaks in it for forgetfulness?


So, what is it that I'm rambling on about?

Fit2Me  is an online coach to get you active and into eating healthy.  It's aimed for those of us with chronic health conditions according to it's website as well, but I think it would work for basically anyone.  Even better, it is FREE (which I like) !!!   I've picked my own personal coach by the name of Tim (I feel like such a Cougar), who supposedly is a surfer and laid back and won't hopefully bark orders at me if I don't full fill my commitment of 150 minutes of exercise that I've set for myself.

I've chosen the types of exercises (and there are LOTS)  plus it is YOU that has to chose your exercise plan.  Originally, I had assumed that the site would chose them for you, but I am fine with doing my own thing.   Which is good in away, and probably why the Fit2Me site requests request that your own health team be fully aware of what you are doing (which I will be talking to my team about this Tuesday).  The site also gives you the option  to print out a form to take to them.  The last thing you want  to have happen is some health issues occurring to you without first consulting with your team, especially if you've been inactive for abit. 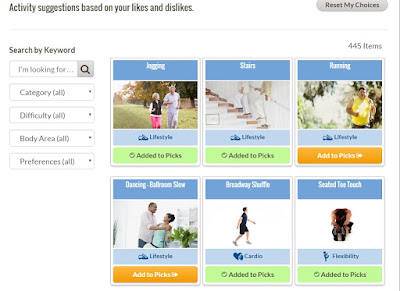 Setting up My Food preferences was easy and luckily I eat pretty well everything under the sun (my Mum had an easy child to feed) ... and one of the recipes suggested for me ... which is making my mouth water is this one - Greek Tuna Casserole (24 grams of carbs and 20 grams of protein - WIN WIN).  I'm already salivating over when I'll be making this one up!!!  I've yet to explore what suggestions they will make to me, but I'll give it a go during the week when I have some free time. 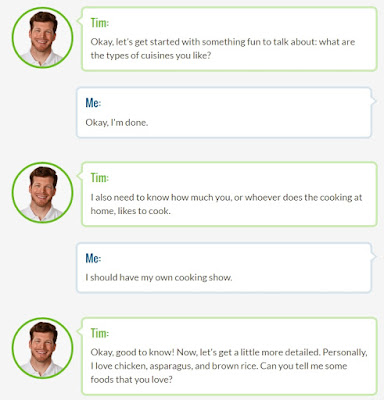 So, that's it in a nutshell.  My plan is set in action to get more active, starting off with this online tool. Though, warning to non-Americans,  it states  that it is for residents of the USA.  I'm just pretending that I am semi-American, since I do only live about 5 kms from the American border!  Though if they see this post, hopefully they don't shut it down to outsiders like myself.


Posted by FatCatAnna at 2:40 PM No comments: