I Do What I Want

My first night of not having any low blood sugars since starting back on an insulin pump (using the Omnipod for the next month for a change of pace).  Waking up to with no eye aches  is such a relief ! Originally I’d thought the low blood sugar was due to left over Levemir from Multiple Dose Injections (MDI) that I’ve been doing since leaving the hospital back in June.   I was there for 3 weeks while after overdosing on insulin ( trying to get my thoughts on paper about this experience to make sense of it all to help anyone who perhaps are dealing with issues especially during this Pandemic).

While in the mental ward,  I was not allowed to take care of my diabetes.   My insulin regime was based on a sliding scale that in reality works perhaps for Type 2 Diabetics ( T2D ) but  sadly the efforts of my CDE who came by to encouraged me to live, her recommendations went mainly unheard due to how the mental ward is considered to not be part of the hospital system (that needs to really change).    Like many had said in my Instagram posts about this being so wrong, at least here in Canada, it's common..

Perhaps, my body has changed since then as I had lost 10 lbs during my stay there (and maybe more <lol>). Mainly due to being in the high range of blood sugars which can cause muscles breakdown but it's an unhyealthy way to lose weight). This was due to the food served was so high carbs and it was a “Diabetic Meal”.   The good thing, I’ve gained that weight back since then.   I’m also needing much less insulin  BUT as we all know with Type 1 Diabetes ( T1D ) you just never sometimes what the causes are.  It can be the alignment of the sun/moon/Venus … who knows.

My only problem with the Omnipod, is that the increment of 0.05 for setting your basal rates isn’t the same as other tubed pumps I’ve used (I’m comparing it to my Animas Ping that I probably will be going back to after this since I have ample supplies to keep it running), so it’s a challenge, at least  to this highly insulin sensitive gal that’s writing here, but like anything, it’s a learning curve that makes us better at what we do 24/7 to stay healthy and able to function at our work place / home life.

Also, as we all know, getting your basal rates down pat, before tweaking any other settings in your pump / MDI routine is a must before looking at other settings such as Insulin to Carb ( I:C ), Insulin Sensitivity Factor ( ISF ), etc.  Otherwise, you’ll be frustrated as all heck, and just keep on going around and around in circles.

It’s only Day 4 of being back on the pump, and I have to admit, being on MDI has been a nice break from technology.  The Libre has been an awesome tool for keeping me online, and even though I do miss using the Dexcom G4 that at least has alarms to notify you when you’re going low/high, I do find the Libre an alternative for those of us who have no private / government coverage (and thank you to a few of the T1D’s who have donated some Libre’s to me to use, you know who you are).

I'm alive and back in the land of living.   Be safe. Wear a mask. Get a vaccine. 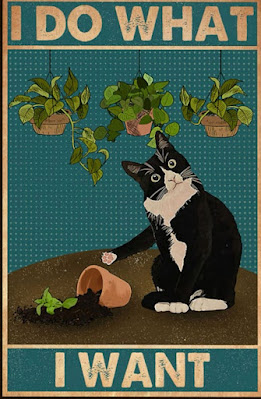