I’ve been abit behind in trying to blog lately … life has got abit crazy and if you follow me on some of the sites I post at … you’ll know why … with my DH aka Mr. Evel Knievel‘s wipe out on my D-anniversary motorcycle I’ve had for abit (it’s repairable … and luckily … he is repairing too with 3 broken ribs and stitches to the face).  It was scary the first 24 hours, watching the monitors, and him being out of it.  I basically broke down 48 hours afterwards due to  lack of sleep, food and just the fact I could have lost my husband, I was exhausted and needed a Calgon moment (hasn't happened yet).

Taking someone to ER is scary, especially when it’s someone you love.  I’ve only been rushed to ER once in my life, when I was 13, and in DKA … at that point I was in and out of comatose state for a few days, while my body fought to regain control.  Yes, I was a really really #badass with my diabetes as a teenager.  I often hear of other diabetics being Frequent Flyers at the ER, but even in worst case scenarios (e.g. when I had a bad experience while sailing a few years ago) … I sort things out.  I hate hospitals with a passion, and even more so when it comes to surgical procedures that require me to put myself in someone else’s hands, and my diabetes control is temporarily out of kilter.

This is now where I finally explain Part Deux of what occurred with a recent colonoscopy that I had at a local hospital.  If you haven’t yet read it yet (how could you not have already – shame, shame) and wonder why I’ve entitled my blog this way … go to this link  to play catch up.

The day after having my colonoscopy done a few weeks I had my 3 month endo appointment.  Due to not being able to think properly, I had my DH drive and accompany me to the appointment (the hospital had told me 24 hours after the procedure not to operate any machinery or drive).   I needed his arm to support me for walking /  thinking and probably should have had him help with my infusion change the day before ( it seemed to take forever because I was so out of it and I’ve really got to show my DH how to perform this duty if I’m ever in this situation again).

As I’m trying my best to stay “ with it “ during my appointment, my DH is talking for me to help explain the situation.   I know at some point I tell the endo that I kept my insulin pump on, and that I’d told a fib about reducing the basal. 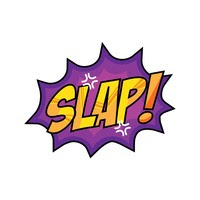 My endo basically slapped me in the face for my stupidity

Okay, she didn’t really “slap me”, since I only see her face on a screen since she lives 100 km away, but she was not happy with me.  Her reason for calling me stupid?   Well, I think after reading what she said, you may come to the same conclusion … I was plain stupid and taking a risk with my life not just with the colonoscopy but previous surgery that I’d had a long overdue repair on my knee for a meniscus tear (it couldn’t be saved).

She explained to me,  " what would have happened if by accident the surgeon had perforated my colon, and what is a simple 10 minute procedure could have lasted an hour or two "?  Meanwhile, unknown to the surgeon or RN’s, my pump is still running full throttle with basal not having been reduced as I told them.  What if the pump had started to do something wonky?  She admits that not many surgeons or RN’s understand pump technology … and even if they did … a mistake could happen, since I am the one responsible for how it is run.

I of course went on about how the surgery I’d had almost a year ago where my blood sugars had zoomed up to 22 mmol/l after what was supposed to be a 1 hour surgery became 5 hours.  No insulin had been in the drip (they no longer do this) … you can read that blog at this link if you’re interested.

I found out she has a Type 1 diabetic brother (still on MDI) and that if he was on a pump she would NOT have him wearing it during surgery.  She would rather see him go high then low; since it can be more easily corrected then if he went low  (I can hear a few of you making some noises at her statement).  And as my DH pointed out to my endo that after the hysterectomy surgery last year, he was there advising them how much insulin to give to me to bring me down since I was semi-conscious at the time and was trying to tell the RN's the same thing.  So it wasn’t like I was in exact danger of going into DKA, though I could have gone into hypoglycemic mode if he’d not told them at the time to not give 10 units of rapid insulin … I would have crashed with that amount since I’m still sensitive to insulin after ½ a century of being diabetic.

I’d never really looked at it her way before.  Of the what if’s ….

I then told her how just a month previous to the colonoscopy that an anesthesiologist (Dr. McDreamy aka Dr. Cook in reality) had actually allowed me to wear my pump (after I showed him how to shut it off if my CGM started to go alarm I was going low).  It was so nice waking up after that surgery with perfect blood sugars, and feeling like I could leap over tall buildings  (well – not quite exactly like Superman) Ohh, ohh, another virtual slap (this is started to sting abit)

Once again, she explained all that could have gone wrong, and I actually began to see where she was coming from.  She even said that if I had one of the CDE’s beside me, watching things, it still is dangerous, that they may make an error despite all the knowledge that they may have, they are not YOU!

It really made me face reality with what could/can occur during even the simplest procedure, while you are out flat on your back.  In future, I will rethink my control freakiness to have the perfect blood sugar during and after a surgical procedure (I’m hoping to not have another one for many years … well … at least 5 more years until my next colonoscopy).

So I've now come to the conclusion that MDI will be my future way to go … and know that even if I do spike high in my blood sugars, that I’ll be okay.

I'm no longer a Stupid Girl
Posted by FatCatAnna at 1:23 PM