Is This The Final Chapter of the Johnson & Johnson Animas insulin pump conspiracy? 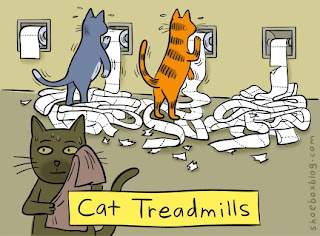 I just finished up my walk on my treadmill - watching this week’s episode of  Glee (some great tunes in this "Guilty Pleasures" episode).  It got my brain whirling on a subject I’ve been trying to figure out how to write since my “chance” meet up with Mr. Paul Flynn, Director of International Business Development at the CWD FFL in Toronto a few weeks ago.

I just happened to be checking out the PING, for curiosity sake, with one of the reps at the Animas booth.  I started to talk about my issue with the 2020, and in my overly imaginative mind, he swooped in, to pull me aside from the booth, and proceeded to talk to me.  No name tag like everyone else was wearing, but just a pleasant looking guy, who quickly said his name (I didn't catch it again until near the end of our conversation when I asked for his business card).   I then started my polite rant that I’ve been blogging about, writing to Animas Corporation/Canada about since Dec 2012 here at Diabetes1.org.  Deep in my mind, I wished I wasn’t alone in this convo with him, as all that I write here is hearsay, no video, no recording of our conversation, just my own words. In the beginning, Mr. Flynn appeared to not know my story, and I sensed something wasn't right with the way he was holding himself as he listened politey.  Then slowly, the truth started to come out when I mentioned Caroline Pavis who is the Director of Global Communications in the USA.  I'm not good with names sometimes, since I need a face to put to the name, and I stumbled abit with her name, and he corrected me.  That was when things started to change in how I approached my questioning to him.  I was determined to get to the root of some of the nagging answers I'd been given by Ms. Pavis over the last few months.

He told me that my approaching Animas Canada/Germany/NZ branches would yield me the same answer that I have received all along from Animas Corporation.  I am out of pump warranty zone, I will continue to be notified when the pump will stop functioning on such and such a date, so that I can purchase another pump from Animas Canada, end of story.  It's like he had was a recorder - turn on button - tape will play sort of thing - and quoted me verbally line per line the same statement I've seen online / email / recall notices.

I also inquired as to why the END DATE is not shown in any of the manuals that Animas pump holders are given.  Do they not have the right to know that the product they are purchasing has an end date?  If I'd known back in 2008, perhaps I would have gone with a pump that I knew would last longer.  He did not say anything that either confirmed or denied that Johnson & Johnson (J&J) were in error for not informing their clients.

When I had asked him about Fraser Gray, who after reading my original blog back in December, decided to approach Animas Canada about his own pump (we both had same warranty end date) – and that he DID receive a PING pump  in exchange for his 2020 - without any warranty mind you, why was he the exception? That when others like myself approach Animas Canada/Corporation, it’s been a flat refusal of no.  Mr. Flynn played very cool, and said he was not aware of Fraser.  Again, as we spoke, I reworded my questions again, and in actual fact “maybe” Mr. Flynn did acknowledge he knew of him in the end – but used the “must protect client confidentiality” line.  The glazed look in his eyes made that pretty clear – I’d not get anything more out of him.

One thing that I did discover in my conversation with him –the Animas PING has an END DATE as well – that it can only hold so much data  – like all  previous pumps before  – except that date is December 31, 2022 – so buyer BEWARE if you purchase a pump (2020) like I did in 2008 – it won’t last past more then 10 years if you are lucky when it's out of warranty.

Remember to breath, stay calm, focus like you're a cat ....

I then questioned him as to why this had not been corrected (a few pump companies I have approached in my research do NOT have any END DATE).
He could not answer that – aka – it’s not in his department  - understandable – but it would have been nice to have maybe been told someone from Animas Canada would get back to me on explaining why.  I do realise it costs to write up a program / change it / etc. – but at the expense of patients health?  Why do other pump manufacturers I’ve talked to over the past few months not have the same issue with their pump software?  That basically was the end of the conversation - no more could be said - until I could get home and start digging deeper.

Run to my friends table, break down, be petted and consoled ... 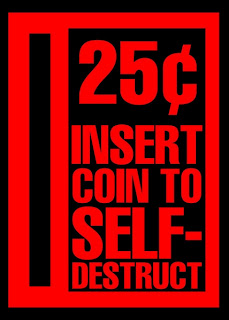 I once again went to my beau from high school, Harold Swaffield aka Swaff and a T1D who right from the start of my blogging about Animas pumps, has been by my side with technical advise.  He can’t really say for sure why their pumps are like this (he finds it mind boggling too) – as he’d have to pull the pump apart to figure it out it's inner workings (guess where George Michael is going to when he stops working - sorry George) - but still we've been going over some possible reasons.  Be warned, this bit that follows gets abit technical, so if you want to continue reading – maybe it’s something you should be aware of and question when considering purchasing a new pump - again - if this is the problem behind the pump shutting down completely on X date.

Swaff doesn’t understand what they are storing in the pump that needs to be constantly updated taking up space.  My DH and I had thought that they are perhaps using an  EEprom and not the Eprom (see definitions below) but the big difference is the PROGRAMMABLE part of the pump. Swaff has always used an MM pump that requires some things to be stored but all these devices do, except once the data is stored, it NEVER gets updated again, until he changes it, thus rewriting the EEPROM again.  Swaff was saying that this is protection so that you don’t lose the data on a power off. The EEPROM stores the data so that when power is reapplied, it just starts to work!

The other part of the puzzle is we don’t KNOW what they are STORING on the device. The less cheaper way would be to have an internal SSD (solid state drive) or something similar to your standard USB key. In his words … “ Honestly...  32GB of USB is like $22.00 retail. Probably more like $.40 wholesale or less! ”

His guess, like mine and others, is that Animas are ensuring that we will NEED to purchase another device, which is, in his words (and my thoughts too)  “ sucky really, sort of like a virtual end of life ".   What really bugs both of us the most is that they continue to sell the devices up until the day before it expires. So, the individual, NEEDS to purchase the next revision of the device. I mean honestly, a medical device that costs the average user, $5000 - $7000 ….  Gee let’s keep the company going!  It probably costs these companies $300 to make them, add the R&D costs, and yes, you can add an additional $1000 or $2000?? (people, manufacturing time,  etc.)

You wanted to know what some of the above means?  Well, here's the definitions for you students today -

EEPROM (also written E2PROM and pronounced "e-e-prom," "double-e prom," "e-squared," or simply "e-prom") stands for ElectricallyErasable Programmable Read-Only Memory and is a type of non-volatile memory used in computers and other electronic devices to store small amounts of data that must be saved when power is removed, e.g., calibration tables or device configuration.
EPROM erasable programmable read only memory, is a type of memory chip that retains its data when its power supply is switched off. In other words, it is non-volatile. It is an array of floating-gate transistors individually programmed by an electronic device that supplies higher voltages than those normally used in digital circuits. Once programmed, an EPROM can be erased by exposing it to strong ultraviolet light source (such as from a mercury-vapor light). EPROMs are easily recognizable by the transparent fused quartz window in the top of the package, through which the silicon chip is visible, and which permits exposure to UV light during erasing. 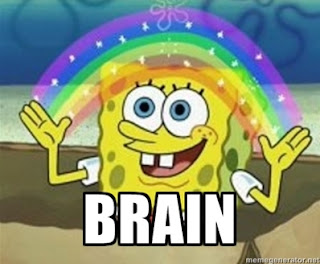 Okay, are you still with me kids?  Hello, tap, tap, tap to the sponge brain …

In my words, J&J are looking out for the shareholders … not we the consumer who wants to own a product (pump in our case) that hopefully will last for many years.  The selling point of the Animas rep here in Montreal of J&J being such a family oriented place – is all crap IMHO.  They are like the many other companies, out to make share holders happy in their yields.  So what if their 250 subsidiary companies like Animas, Dupuy (hip replacement), Mentor (breast implants) – that people depend on?

As far as pumps go, Animas knows that most people in North America and other parts of the “civilized” world usually have private/work insurance coverage or it is covered by the country they live in.  They know that most insurance companies will enable the pump users to have a NEW pump every 4-5 years.  They do not think of the individual that is perhaps not fortunate enough to have that coverage, which they pay out of pocket, for a product they hope to have for many years.  To admit that they have made a mistake in what I believe is false advertising of a product is shameful.  I could not work for any firm that would pull the wool over the clients eyes – and sad to know that insurance companies are not aware of this (or maybe they are – they are all in on it together – it makes money!!!).

I know that there is a small percentage of Animas 2020 users out there – you may feel the same way as I do with being duped.  Sadly, we are a small number compared to those that really don’t care, they have coverage, they will continue to have a new pump every 4-5 years - sigh.   If they  knew more about where their hard earned monies go – into health plans, etc. – maybe they would start questioning who they deal with.

Be careful who you deal with – PLEASE - ask as many questions as you can before signing the dotted line – PLEASE - it could affect your life! 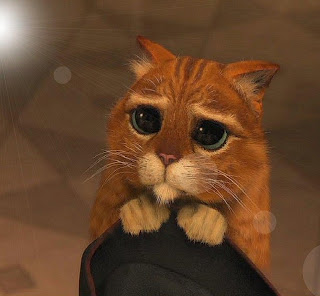 Posted by FatCatAnna at 6:31 PM