This blog was originally posted at Diabetes1.org back on January 24, 2012 - but I thought I'd share this with you here - since I think this is too good a story - about someone who has been pumping close to 40 years.

Here I am, coming up to my 4 year anniversary of using an insulin pump (and wondering what to do after the pump warranty expires - that's a blog in the making - as I figure out my alternatives that Animas has been throwing at me - which seems to vary from one individual of the company to another for some strange reason).

My last blog post about infusion sites pulling out created some interesting comments on my Facebook page - The Roller Coaster Ride of Diabetes as well as my personal page there.  I heard from many insulin pump users saying of how many times they'd yanked there infusion sets out - and I honestly think I've been blessed with a horse shoe up my ass that it's only happened maybe a few times.

One gal, Tori Davidson from Brisbane, Australia wrote to me and told me her story about the early years of insulin pumping back in 1978.  She was barely a teenager, having problems with control of her diabetes, and became one of 10 people (aka guinea pigs as Tori and I like to call ourselves with what we've used over the years) to partake in the use of an insulin pump (which we're not like what we use today - we've come a long way).

Below are Tori's words, which she has graciously allowed me to share with you.  I think it's amazing what she went through, and not sure if I could have gone through it.  Funny enough, I didn't know about insulin pumps back then, and neither my parents or medical team had ever mentioned insulin pumps.  In away, I wonder if they were with holding that info from me - who knows?  Read on - you won't be disappointed by Tori's story .... 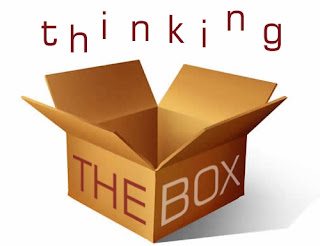 " I was thinking at some ungodly hour some years ago how much I love the current pumps, and how different they are from 34 yrs ago, and thought I'd actually specify what pumping in 1978 involved.

First off, there were no easy plastic cannulas you inserted at home. Initially, the cannulas were similar to IV drip cannulas, and yes, they hurt. Mine were inserted into my butt... but not just put in and left, no no. The whole procedure was done at the hospital and involved betadine swabbing, a local anaesthetic, at least two medical staff, the whole shebang/catastrophe. After the site was swabbed thoroughly and the local given (why do locals sting so much??), the doctor (usually an endocrinological registrar; if you were unlucky, a resident) would thread the cannula in, using a rather large introducing needle (21g I think), then back OUT, and in again. I have no idea why this was necessary, but at the time it was deemed to be so. If these sites had problems - infections - they exploded along the whole line. I had one infection so severe that 25years later I still have a small crater on my right buttock from it being excised and drained (but thankfully can no longer remember the intense pain associated with the three direct penicillin injections straight into the site that were administered). Sites were usually replaced every 5 days, and I dreaded those days. The whole procedure took about 3 hours.

As a back up, we had "butterflies" (winged infusion sets). If a cannula came out, a butterfly could be used as a stopgap until a new cannula could be inserted. Butterflies brought their own horrors, of course. While they had a much finer gauge (as small as 25G at one stage, more commonly 23G) and were far shorter, positioning them was very difficult because they were inflexible metal needles. Regardless, the trauma of the cannula insertions led me after 3 months to request the use of butterflies on a permanent basis (at the ripe old age of 13!).

Now, one problem with the butterflies was that the tubing actually absorbed insulin, so priming them was a time consuming business. First, insulin for the "day strength" syringe (presuming it was day time) had to be prepared (I generally prepared 6 days' worth of day and night syringes in advance, and labelled them so I could tell them apart, storing them in the fridge). Preparing a syringe was fiddly/fussy, but not difficult. It meant getting a 2ml syringe (or more, depending how many were being prepared), using an insulin syringe to withdraw the correct amount of insulin for the particular syringe, injecting it from the drawing up (insulin) syringe to the "pump" (2ml) syringe, then using a second 2ml syringe to add normal saline to the pump syringe to dilute the insulin adequately. The fully prepared syringe - with insulin and saline in proper proportions - could then be capped with a sterile needle and stored in the fridge. Day and night strength syringes were quite different, and varied over time. To actually prepare the butterfly meant taking the pre-prepared syringe, and rinsing the tubing of the butterfly out TWICE, before gearing it up for insertion (we also did that with the 2ml syringes, adding a small amount of insulin and flushing it through the syringe twice).

Using butterflies was "interesting". When I first started putting them in, an insertion, including swab padding and taping took me about 15 minutes. After some years I had it down to 2.5 minutes (yes, I timed it, I was a busy girl!!). Using both cannulas and butterflies meant you could only sleep on 3 of your possible 4 sides (front, back, left and right), as you invariably had a sore spot or a potentially sore spot on the fourth. If you bumped a butterfly it was wont to dislodge, which was not only extremely painful but meant, of course, that your insulin delivery was disturbed or possibly discontinued. I look back on all of this and wonder how I endured 17 years of it really - but endure it I did, and gladly. Finally I was able to eat what I wanted when I wanted and I was no longer left out of more "normal" activities that had previously been denied me because of my diabetes.

Placing a butterfly involved having the following things on hand: butterfly, syringe, pump, gauze pads, tape, and alcohol swab. First, the site had to be swabbed (in later years I left this part out, as well as the priming of the tubing). The butterfly was "fed" with insulin (no checking for air bubbles back then). Then, the needle would be inserted, at anywhere from 40-70 degrees. Gauze placed under the wings of the butterfly helped to prevent it pressing down and thus the actual needle pushing up through the subcutaneous tissue (ouchy!), meaning it stayed relatively stable; a piece of gauze over the wings meant that the entire dressing could be replaced at any time without (theoretically) displacing the needle. Lastly, tape would be applied liberally to strap it all down, and the syringe and pump would be reconnected.

The first pump, of course, was somewhat of an encumbrance. It was a Millhill infuser, and it was all metal. Hence, every time I flew to Sydney (my family and I were living in Canberra) it would set off the metal detector. Canberra airport in the mid to late 70s was a quiet place, however, and they came to expect me every 3 months, jetting off to Sydney for my 48 hour line to be put in, where blood was taken every 30 minutes night and day to try and get a profile of what my blood sugars were doing. It was all very false of course, but all they could get, since I refused to do even rudimentary tests at home (when they became available). The Millhill was about 20cm (8") long, 10cm (4") wide and 5cm (1.5") deep. It was LARGE. It was later replaced by the Graseby Infuser, which was slimmer, but still large. Both were kept (by me) in a specially made pouch that was worn on my thigh, with straps that went up around my neck (sans boobs) and my waist (apres boobs), with an additional - optional - strap around my thigh to ensure it didn't bounce around.

The pumps did not have variable basal rates. You had a set rate and that was it - but at least it meant you were getting a steady stream of insulin 24hrs/day (all being well). The number of times I disconnected and then lost my needle, dressing and all, in the surf is uncountable. I hate to think what the finders thought of their strange flotsam and jetsam. Bolusing was also an interesting event. In theory, you could program the pump to push through X mm (yes, millimetres, on a scale, which had to be converted depending on the size of the syringe - 2ml was my standard but these pumps could take 5 and 10ml syringes as well - to ml, which then had to take account of how much insulin - diluted, remember - was in each ml) at a particular time. It was very difficult, so much so that I took to just going "OK, here's my syringe, I know it has about 0.7units per .1ml, so I need half a little mark" and manually pushing that through. If you didn't know how to carb count, you were completely lost - and even some of us who knew how to do that - in "portions" - were still lost.

It's funny, I've just written all this and it sounds archaic and nightmarish now .. but at the time it was cutting edge and it saved my life. I still have my old pump and pouch. I wonder if I'll ever discard them? Somehow, I doubt it. "

Posted by FatCatAnna at 8:51 PM