Life as a Podder

Okay – well at least for a month – I’m being a Podder … and for those of you who are wondering … WTF is she talking about ??? ....   I’m using what is referred to as a “tubeless pump” for pumping insulin through my body 24/7 called the Omnipod.  A plastic mini-me type of insulin pump is replaced every 3 days on your skin (if you’re lucky enough to not have it fail as you’ll see below). 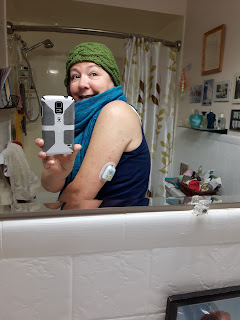 I’m now approaching my 2nd week as a Podder and the notes I’ve made up so far on how it has been going will hopefully help any Canadian on the fence post as to which of the 2 current pump manufacturers we have as an option with Animas exiting the pump market (NB – you can still use your current Animas pump – get supplies well into 2019 – so do not think you have to jump ship just yet – it’s just you’ll be buying your supplies from Medtronic eventually once Animas closes up shop – sigh).

As far as purchasing Omnipod supplies, especially if you are one of the Canadian provinces that have a pump program, the price tag of $300/month for the pods will go over and beyond what you might be paying for a tubing pump.  For some, that can be a deal breaker, especially if you do NOT have private insurance/work insurance.  In Canada, you also have to buy the pods directly from Diabetes Express .

My first few pods I used before the meet up with the rep from Omnipod were from a former Podder who for one reason or another, decided to go with a tube pump.  The funny thing, was the pods I used from them are newer, but they are the ones that I had problems with.  The 1st one alarmed with “OCCLUSION” about 2 hours before the Pod would shut down for a new one to be installed.  The 2nd pod, after 1 ½ days, just “FAILED”.  I went through the steps to get it to work again, and after a few futile attempts, had to remove the pod, losing about 50 units of NovoRapid.  I was NOT to happy with that since I have no insurance anymore, but I just told myself, this is an EXPERIMENT.
After that, I started to use the pods that the Omnipod rep had given me (and these are older manufactured ones than what my friend had donated to me).  So far, with only filling the pods up with the minimum amount of insulin ... NO PROBLEMS to report to date!!! 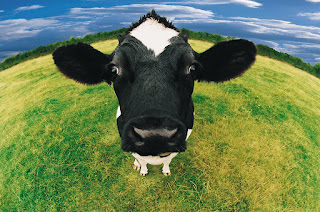 Now for my beefs (isn't that a cute cow or what?) with the Omnipod so far, is the PDM (Personal Diabetic Manager) – which serves as your blood meter as well as for bolusing for meals and/or corrections … and setting up the programming for your pod on your body.  It’s abit dated due to not touch screen and it’s so bloody big!!!  I still keep on occasionally reaching for my waistline where I used to clip my Animas Vibe, to  bolus, etc. – then having to remember where I left the PDM (I now have a system - which works most of the time - yes - you can teach a cat new tricks)!   I also find it takes longer to punch in everything into the PDM to get my juice of life infused into me for a meal and/or correction (though I'm getting faster now - but I find more thinking is required than my Animas Vibe).  If you do misplace the PDM, the pod will continue to disperse basal insulin, nothing else, but f the pod starts to alarm, and you don’t have your PDM on you, you have no idea what it’s alarming for.  NB Rep did give me a belt clip case for the PDM, but it’s kind of useless since you still require the test strip container and finger pricker – and there’s no room for either of these.  So I am designing a little wristlet to fit everything in (yes .. I am such a Fashionista).

Always, always have a spare pod, insulin, gunk remover, alcohol etc. on hand.  I know people who inject, or use tube pumps are always ... ALWAYS ... supposed to have those with them every time they leave the house.  In the case of the Omnipod, if it starts screaming, and it can't be resolved with following instructions on PDM, you will have to remove and put a new pod in place (tip - always have an opened paper clip to mute the bloody thing - been there done that - and it is all in the very detailed instruction manual supplied with the PDM).  So, with an tube insulin pump, if you're a 15 minute drive away, and haven't got supplies, it's abit less stressful and not go bonky with a screaming pod.

One of my other concerns originally with Omnipod was the large amount of adhesive along with the 60 degree 6.5 mm cannula.  I’ve not had much luck with plastic cannulas over the last 8 years of pumping with Animas, so stainless steel 90 degree sets are what I’ve always used, and when removing the sets, you would never know I had been infusing insulin, along with no skin irritation from the adhesive.  So my other beef is, where my insulin has infused the cannula … there’s a hard small lump underneath the skin.  I never had this with the Animas sets, so have been closely watching how the area heals (so far it seems it may take 2 weeks for the lumps to go away).  I was wondering how people who are insulin resistant – and take more than my normal 2-4 units each time for a bolus or correction  - if they experience this - and how long it takes to heal. 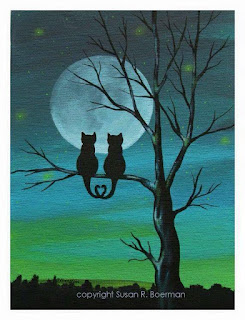 Now for bonuses of being on the Omnipod !  I feel quite free without any tubing (oohhh cannot wait for a romantic weekend with the hubby).  Oh, and last weekend I went thrift shopping, and usually when trying on clothing, it takes forever with unclipping pump, etc.  With no pump clipped on me, or bulk of pump … badda bing badda boom … I feel like a fashionista again … though … damn … where did some of those extra rolls of fat come from ? <lol>

There is less waste of insulin, that's if the pod doesn’t fail!  Usually with tube pumps, we have to fill our tubing, which we can’t reuse again (some do, but I wouldn’t recommend it).  So, on average, I’d lose about 10 units of insulin.  With the pod, filling it up to exactly to 3 days worth of insulin, I’m seeing about 2-6 units wasted.  NB:  I have been using Fiasp a few times for last minute meals via MDI, or a correction over 12 mmol/l (very rare these days) – so in reality – I might have run out of insulin before the 3 days is up.

One caveat is the Eco-pod Disposal Kit available free of charge from Diabetes Express.  I hate the amount of garbage that our gadgets we use for health creates on our big blue marble.  According to my rep, some items can be recycled.  I hope so!

The other great bonus though?  It uses FreeStyle test strips – yippee – small droplet of blood – more accuracy!  I sadly am almost out of the strips I was given, so back  to use my One Touch since I have lots of those test strips.

So, that’s about it in a nutshell - I'll carry on testing it out until the last pod is used up, and decide from there ... should I stay or should I go ... back to Animas or just MDI.  If you’ve not caught my posts on Instagram and/or Facebook you’ll be able to see some extra pictures and discussions. 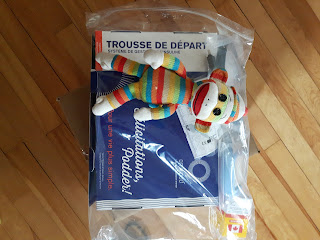 Posted by FatCatAnna at 3:37 PM