Welcome to my wild imagination for a diabetic service animal!

I really disliked  like the  topic for today’s Diabetes Blog Week topic – which is called Freaky Friday.  It’s supposed to be like the movie – but instead of switching bodies – you have another chronic disease instead of diabetes.  Personally, to blog about having another disease really left a bad taste in my mouth (hey – having halitosis is nothing to laugh about).  In away – I sort of wrote the same thing in my blog on Thursday’s Diabetes Blog Week subject of “accomplishments”.  So, sorry Jane of Jane K. Dickinson, RN, PhD, CDE and Bob of T Minus Two  - your topic SUCKS – but we’re all entitled to our own opinion right? 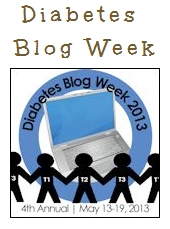 So, here’s my take for the Diabetes Wild Kingdom Wildcard topic which is - what is the ideal diabetes service animal? Think beyond the obvious and be creative in explaining why your choice is a good one. For example, maybe a seal would make a good service animal - it flaps its flippers and barks every time you get a good blood sugar reading! (Thanks to Tristan of Based on a True Story for this topic suggestion.) 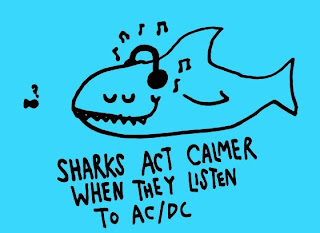 Originally I had thought choosing the shark would be a good idea.  Did you know that they can detect the tiniest blood drip from more than a mile away?  This is due to their brain being two-thirds dedicated to smell, even uninjured fish that aren’t bleeding, get the shark’s attention.  Now, imagine having a shark as your hypo/hyper awareness service animal.  Cool eh?   So here I am, showing up at party with Rocko – in a tank beside me on wheels . He’s wearing some punk rock style collar around his neck (he loves AC/DC)  - he would be a cool shark that’s for sure.  Imagine the reaction of my mates – my telling them he’s my BFF for detecting my highs and  lows in my blood glucose.   They eye me with a weird look in their eyes – but it’s okay –I'm used to that – since I've always been ahead of my time.   Wait, he’s eyeing the plate of sushi with raw tuna (drool) – he’s smiling (yes - sharks can smile) – as he sees one of my friends licking their lips/fingers  – ohhh! OHHHH! …. I’d been warned about this by the trainer - he's jumped out of the  …. I then quickly changed my mind on that – since then he would be probably leap out of the tank – gobble up all the fish appetizers – and maybe more – and embarrassing me to all hell.  Plus the other thought of maybe he might go the way wild animals can go sometimes.   In the beginning they are pets –bit then they attack their owners due to some little glitch in their noggin’.  I’m having vivid thoughts of Rocko forgetting what he’s supposed to do – sense my blood sugar –  bite off my hand and more of me – as I sleep at night with my hand accidently falling into his tank beside my bed.

I know, I know, what causes me to have such a vivid imagination?  I have no idea – too much Ovaltine as a child? 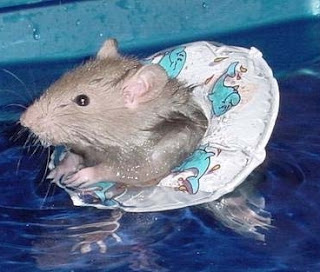 So, my next thought as I did my research on animals that have great sniffing ability was to go with something simple.  A rat – nice and portable – fits easily in your hand/shirt pocket.  Giggle – I think he’s escaped – I feel something squirming around my waistline.

Okay - back to the selling point of having a rat.  Did you know that like dogs, they can be trained to use their best sense of smell in stereo with each nostril working independently?

Now, I know some people freak out at the mere sight or even mention of a rat.  My Mum is a good example there – she hated my gerbils as a youngster and I’m lucky to have been allowed to have them.  Especially when they escaped their cage from time to time (I had to let them be free once in a while Mum).  Rats are actually very clean little things, despite many peoples concept – did you know that?  Also, they can be trained, like dogs,  since they smell with each nostril individually.  So while Ben detects for my blood sugar level going into the low/high zone of no return, he can also detect that piece of cheddar cheese close by with his stereo nostrils … wait … it’s a trap!!!  Oh, oh, there goes Ben (who set up that trap??  Mum, are you reading this???)

It also doesn’t help that I have a love for cats –so now I can  see it wouldn’t work out.  So maybe I’m going to have to go back to the drawing board on this.  I thought I had it all figured out! 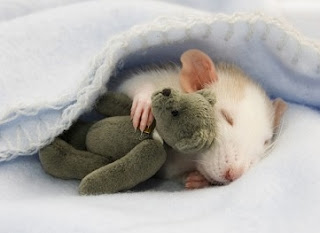